The GT2 Series loudspeakers were first revealed to the public in 1998 and still look as fresh and contemporary today as they did then. They later went on to form the cornerstone of the company's first concept for the home theatre market.

These engaging little designs built on the research and design work that Design e had undertaken into spherical loudspeaker housings with their commission based projects.

The GT2 Series shown stand just 300mm high on its stand and was also designed in a modular system to fit with the associated floor stands and wall brackets.A 250W sub-woofer completed the picture and the 5.1 and 7.1 arrangements provided exceptional performance. 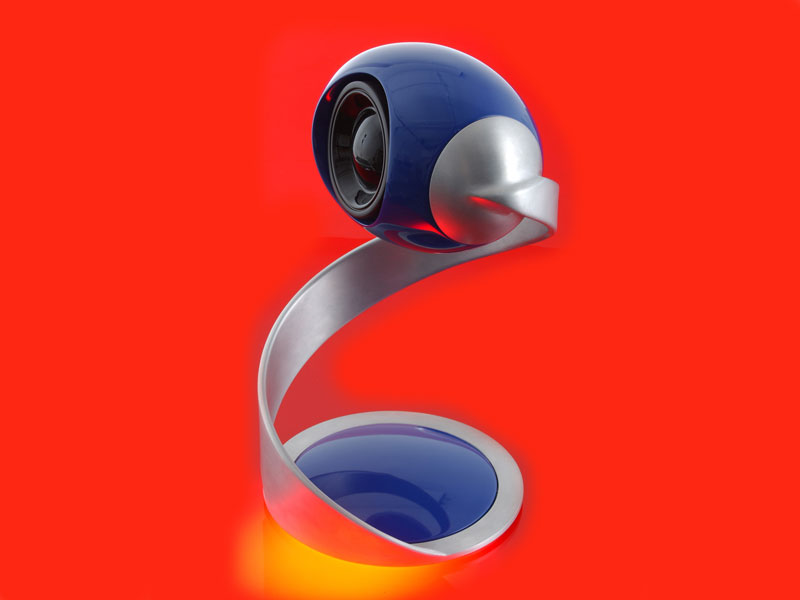 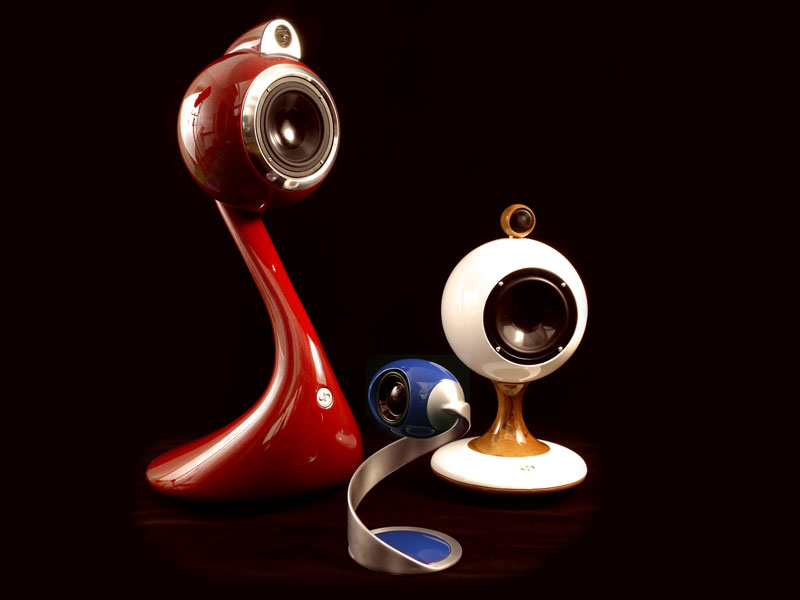 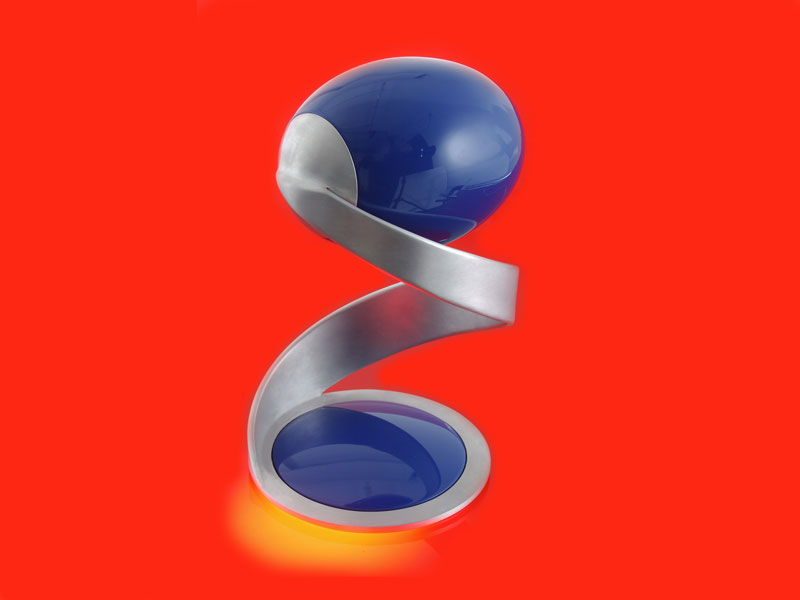